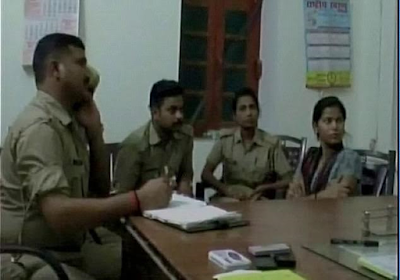 A spurned Indian girlfriend gave new meaning to the saying ‘hell hath no fury like a woman scorned.’ Her ex Ashok Yadav, left her for another woman but she didn’t let the matter slide. He was happily tying the knot with his new love when his former flame burst in with six armed men, bundled him into the back of a waiting car and sped away as hundreds of guests watched on in horror.

Ashok and the aggrieved woman were in a relationship before breaking it off early last year after which his patents set him up with another woman and they got engaged.

When the ex-lover heard he was getting married, she pleaded with him repeatedly not to go through with it and even tried to get his parents to call it off, according to police.  A police official involved in the investigation told said: ‘The armed men took Ashok at gunpoint and threatened him to accompany them.
‘After bundling him on the rear seat of a car, they sped away.’ Police located him 24hrs after he was abducted.  A complaint is yet to be filed. 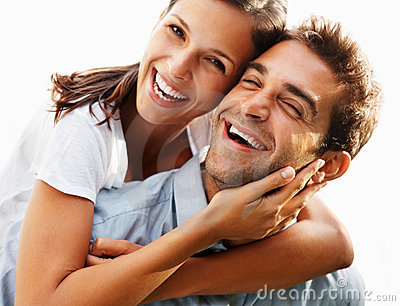 Sex is the means by which the race projects itself into the future through children and the family. A lot of pleasure and happiness can come from sex: nature intended it that way so the race would go on. But, misused or abused, it carries with it heavy penalties and punishments: nature seems to have intended it that way also.

Unfaithfulness on the part of a sexual partner can heavily reduce one’s survival. History and newspapers carry floods of instances of the violence of human passions aroused by unfaithfulness. ‘Guilt’ is the milder evil. Jealousy and vengeance are the greater monsters: one never knows when they cease to sleep. It is all very well to speak of “being civilized” and “uninhibited” and “understanding”; no talk will mend ruined lives. A “feeling of guilt” is nowhere near as sharp as a knife in the back or ground glass in the soup.

Additionally, there is the question of health. If you do not insist upon faithfulness from a sexual partner, you lay yourself open to disease. For a very brief period, it was said that sexual diseases were all under control. This is not now the case, if it ever was. Incurable strains of such diseases now exist.

The problems of  sexual misbehaviour are not new. The powerful religion of Buddism in India vanished from there in the seventh century. According to its own historians, the cause was sexual promiscuity in its monasteries. More modernly, when sexual promiscuity becomes prevalent in an organization, commercial or otherwise, the organization can be seen to fail. No matter how civilized their discussions about it, families shatter in the face of unfaithfulness.

The urge of the moment can become the sorrow of a lifetime. Impress those around you with that and safeguard your own health and pleasure.

Sex is a big step on the way to happiness and joy. There is nothing wrong with it if it is followed with faithfulness and decency. 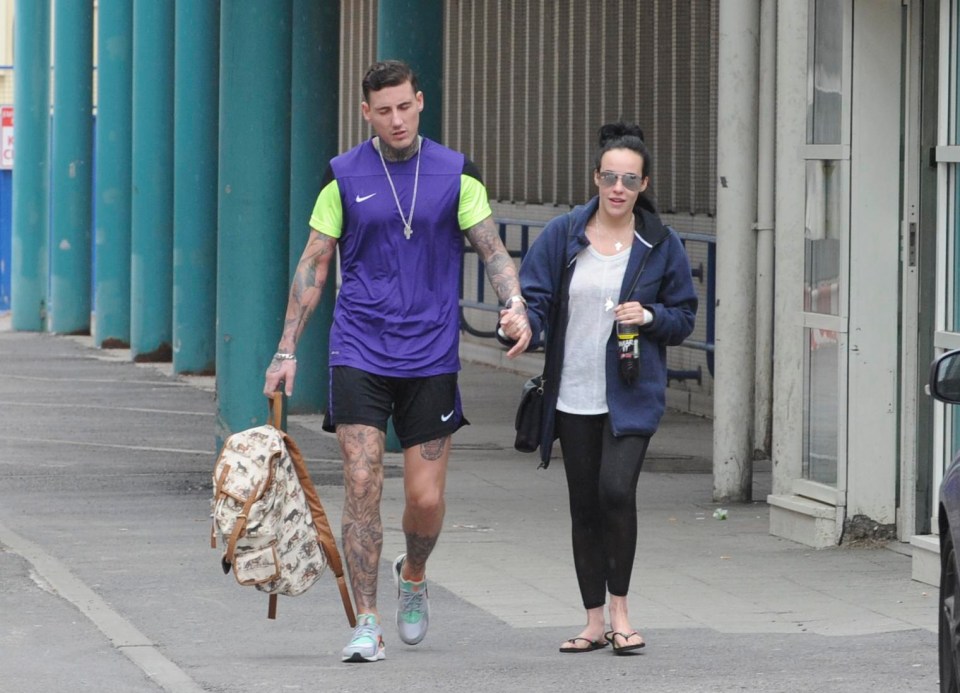 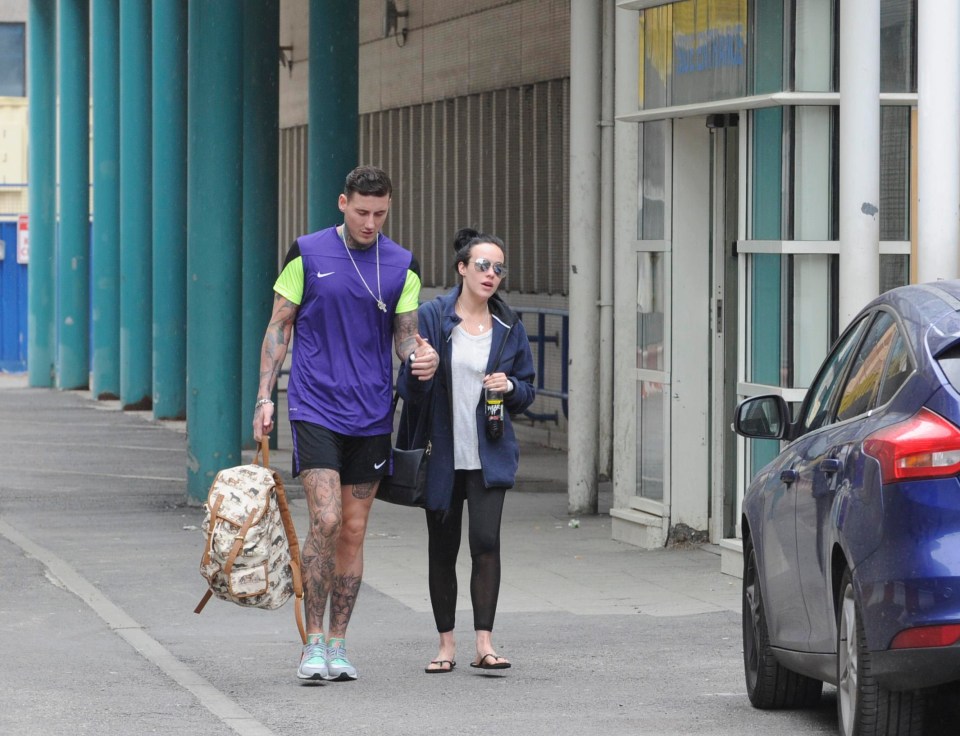 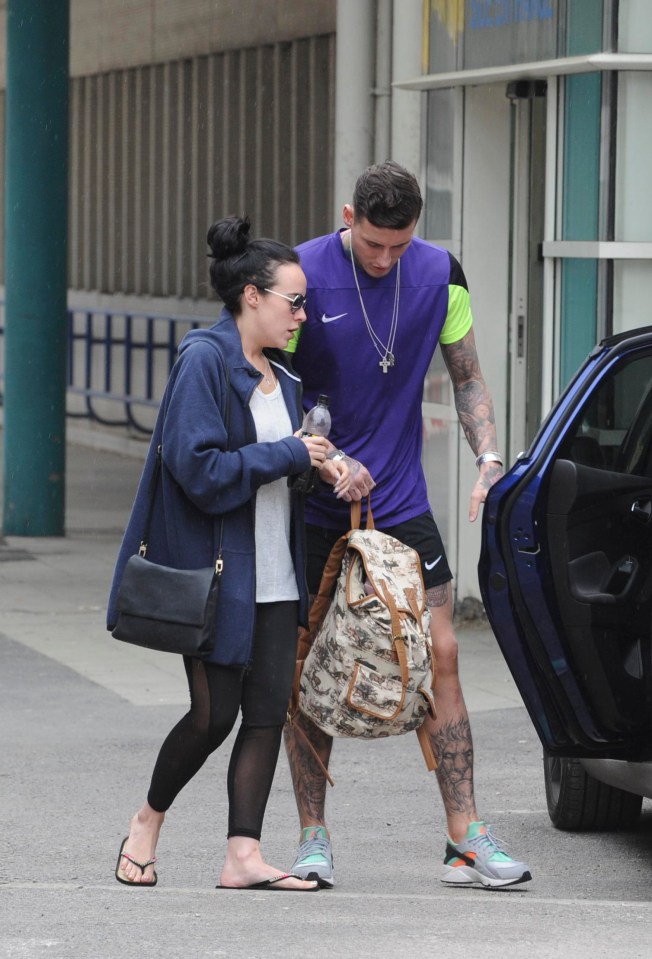 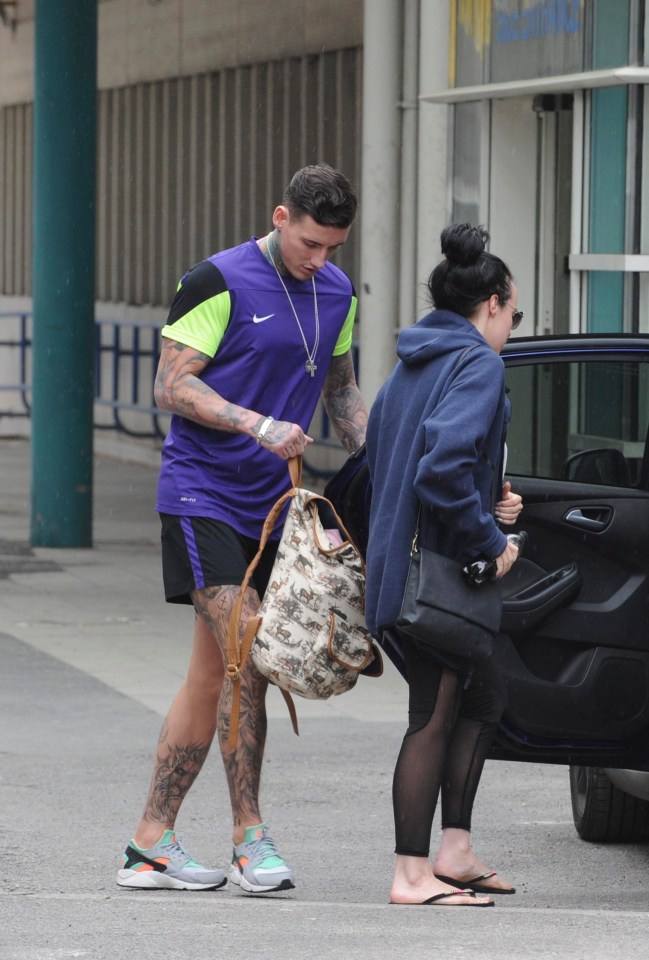 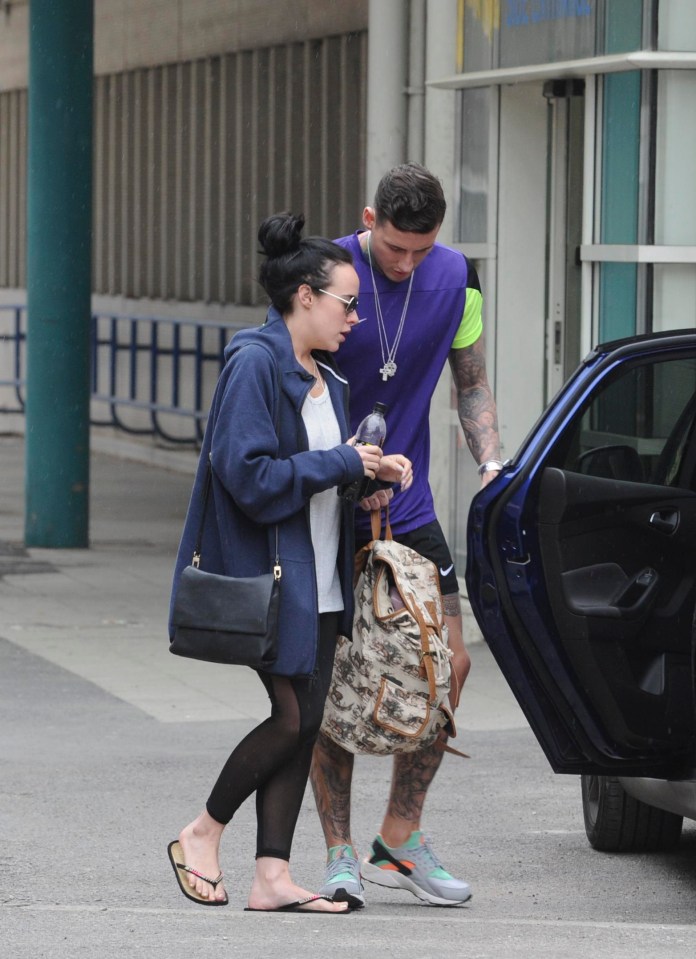 JEREMY McConnell is back together with “vulnerable” Stephanie Davis after friends warned him she was struggling to cope following her dramatic “stress-related” collapse last week.

Our exclusive pictures prove the new parents have put aside their differences yet again, just two days after he denied assaulting her in a court appearance.

Stephanie was hospitalised for a stress-related illness just hours after Jeremy pleaded not guilty to assaulting her.

However, he was back by her side last night and has now joined her at home.

They were spotted leaving hospital together earlier today, holding hands and looking happy again as they walked to a car.

A source said: “Jeremy decided Stephanie needs him and he wants to show his support.

“He will be there for her for as long as she wants him to be.”

Jeremy dressed down in a purple vest and shorts, showing off his extensive tattoos.

Meanwhile, Steph covered up in a grey T-shirt, a loose fleece and leggings, keeping sunglasses over her eyes and carrying a bottle of Coke in one hand.

The Sun’s Bizarre column previously revealed Jeremy had called things off with Steph on the eve of his court appearance.

Our source said: “Jeremy left Stephanie’s home yesterday and has been staying in a hotel – a good move if they’re going to ever get along.

“He’s going to pick up his things later today and fly to Ireland until the dust has settled.”
Steph was later rushed to hospital after suffering from a mystery illness thought to be stress related in the wake of her split from Jeremy.

The ex-Hollyoaks star was thought to have been at a Premier Inn in Liverpool before collapsing and needing medical assistance.

A source said at the time: “Stephanie is currently in hospital and close family and friends are very worried about her.

“It’s been an extremely difficult few weeks and she’s been feeling particularly low.

“She’s in the right place and will hopefully make a speedy recovery.”

A 38-year-old Roman Catholic sister confessed to be in an adulterous affair with a married man stating that all she wants from him is sex.

Emmaculate Samukange, who also works as a nurse at Chivhu General Hospital, said she has no intentions of breaking Phillip Dzingai’s marriage but only wanted sex from him.

“I am aware that Phillip is married and it is true that I am having an affair with him.

“I am a Roman Catholic sister so what I do does not allow me to be his second wife.

“I am in a relationship with him because I failed to resist sexual temptation; I don’t wish to break his marriage, all I want from him is sex,” said Emmaculate.

She added that Phillip is the only man she has ever loved in her life.

“I started dating him in 2013 and since then I have tried to let him go but I have failed to do so.

“We met at Chivhu General Hospital where I also work as a nurse and from that moment we clicked.

“I have never met his wife but she now knows what is going on between Phillip and I because we have been dating for a long time now,” she said.

When asked for comment Phillip denied having an affair with Emmaculate.

“There is nothing like that going on,” he said before hanging up the phone.
Meanwhile an H-Metro source, who is a close relative to Phillip, said they had tried to warn Phillip from cheating on his wife but it was to no avail.

“As a family we have had numerous meetings with Phillip but we have not been able to convince him to be faithful to his wife.

“It seems as if they are inseparable; each time you mention anything to do with Emmaculate he changes his temper and starts to be violent,” said the source.

Debbie Mike, a 23-year-old lady, who allegedly assaulted her ex-boyfriend with electrical iron, was on Monday brought before an Ebute Meta Chief Magistrates’ Court, Lagos.

The jealous lover had assaulted Lanre Adewole, her former lover, with the iron during a fight.

The accused is facing a charge of assault to which she has pleaded not guilty.

Earlier, Sgt. Kehinde Olatunde told the court that the accused committed the offence on May 5 at No, 3a, Sadiku St., Sari-Iganmu in Orile on the Lagos-Badagry Expressway.
“There was a misunderstanding between Debbie and Adewole, her landlord’s son. The accused had complained to Adewole about the leaking roof in her room, but the ex-lover ignored her.

“A fight ensued and Debbie picked an iron and hit Adewole on the forehead and injured him.”

The offence contravened Section 173 of the Criminal law of Lagos State, 2015 which prescribes three years jail term for offenders.

Magistrate Bola Folarin-Williams admitted the accused to a bail of N20,000 with one surety.
The case has been adjourned until May 11 for trial.

Legendary sprinter Usain Bolt doesn’t know the difference between groupies and a good woman. He said this during an interview with Page Six, He said;

“I think I have gotten better over the years when it comes to women. But there is no way to tell the difference between a groupie and a good woman … All I can do is have a discussion, and it is all about talking to people. I have been around so many people, so over time I kind of figure them out.”
Bolt, who is in a serious relationship with girlfriend Kasi Bennett, has been linked to a few “groupies” but despite all the rumors, Kasi and Usain are still together. He recently told People magazine that they’re even thinking about starting a family.

“I have had a girlfriend for four years now and it’s going steadily, so we’re thinking about kids very soon,” he tells the magazine. “We’ll see how it goes, we’re taking our time.”

naijamoment
Create a free website or blog at WordPress.com.