Lon Lee Alle, 50, from Singapore, ventured alone into a secluded area to watch the wild beasts gorging on goats and pigs in West Manggarai, Indonesia.

He is said to have ignored warnings not to get too close to the prehistoric looking creatures and crept up on one to take pictures.

But one of the Komodo dragons – believed to have been about 8ft long – clearly thought it was dinner time and pounced.

Shocked onlookers dragged him to safety yesterday at about 8am local time.

Horrific pictures taken by a tour guide show blood pouring from the wound on Lon’s leg as he is wheeled away to receive stitches at the Komodo National Park.

Officials said Lon had wandered around the island on his own because he wanted to save money instead of paying for a tour guide.

Komodo National Park boss Sudiyono said: “He must have been too close. A Komodo doesn’t like to be disturbed when eating. 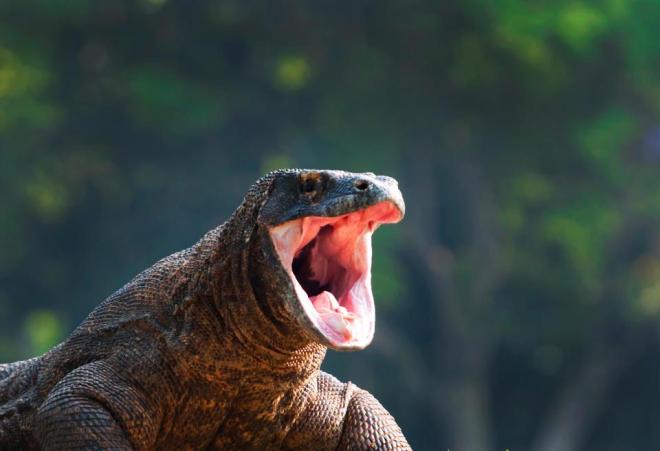 ”This is the first incident of human being bitten by a Komodo dragon in the past five years.”

Lon was treated on the island before being transferred by boat to the Siloam General Hospital.